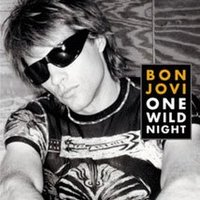 So, as usual, I've been Bon Jovi-bashing and one of my friends took exception and said that I couldn't deny millions of record sales. I said I didn't deny the sales, my contention is merely that he sucks and that I hate him. He said that was like him saying that jazz sucked. But, Bon Jovi is hardly a genre. I was thinking that would be more like saying Kenny G sucked, which I think is at least a valid argument. Why can't art be completely subjective?
- July 06, 2006
Email ThisBlogThis!Share to TwitterShare to FacebookShare to Pinterest

Its your opinion, but for whatever reason people like to be agreed with. I'd rather agree to disagree, which reminds me of a quote from anchorman:

Great Anchorman quote! Whenever someone tells me "agree to disagree", I know it's because they're sick of arguing. But, I always tell them that's what people say when they're sick of losing.

telling them that is just going to piss them off, and you just took it from arguing to fighting. those who can argue the longest or with clearly articulated and convincing words arent necessarily right.

But, like you said if art is subjective, then how can someone lose.