The Evolution of War 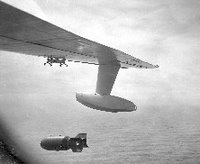 So, if you watch the film, The Patriot, you will see that the rules of war used to maintain somewhat of a gentlemen's approach. Often, the two sides lined up at a specific field, fired shots and then the second in line (the survivors) moved to the front. It was a battle of numbers as well as aim. When watching this, I'm screaming, "You guys are morons! Sneak attack!!! " They beat me to the punch and war became more strategic. But, there was still a venue, a 'wrestling ring' if you will, to separate the soldiers from the civilians. Lately in Iraq, we have been giving the Iraqi civilians warnings of the places we are going to attack before we attack, in order to give them enough time to evacuate their families. However, some civilians have recently been going to these buildings that we have warned about, and surrounding the building with a human shield, knowing or hoping that a civilized country like us would not destroy the lives of "civilians" in order to destroy a target. So far, they have called our bluff correctly. But, if these civilians are protecting an enemy, are they really merely civilians? And do our rules need to change?
- December 13, 2006
Email ThisBlogThis!Share to TwitterShare to FacebookShare to Pinterest

Nope. We should kill them too.