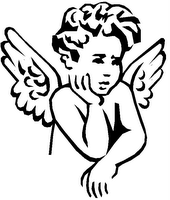 So, Steve brings up a good point. Perhaps people not only want to side with 'whatever side has the nobler cause', but simply 'whatever side is the pacifist'. This still doesn't explain the articles I read about how Saddam shouldn't have been executed, W. should have been; Israel is worse than Palestine even though Palestine has said no to peace proposals repeatedly, and Israel's offensive tactics have only been used after an attack from Palestine; W. is Hitler, etc. The Hitler one completely baffles me. They are free to think W. is a bad guy. But, do they understand what Hitler did?
- January 02, 2007
Email ThisBlogThis!Share to TwitterShare to FacebookShare to Pinterest

Note: personal attacks toward contributors of this site will be deleted. This is a place where people are free to think, and rethink, and be wrong. If you believe an opinion to be wrong, please feel free to thoughtfully express your reasoning.