THE Greatest Country of All Time 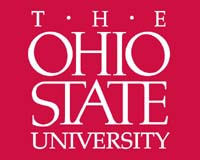 How annoying is the name of that school? Not only for grammatical reasons, but the pretension behind it. Putting a 'THE' in front of your associated body does not automatically give it some sort of elitist ranking. Isn't it annoying during the pre-game announcements how alumni smugly state this ridiculous school name as their proud roots. Maybe, it's similar to the way our heads of state smugly go around the world introducing themselves as the leader of THE United States of America. Perhaps it's this egotism that drives the world against us. To be fair, both entities deserve some elitism. THE U.S. probably is the greatest (freest, richest) country in the world. And Ohio State is consistently one of the most competitive football teams in the NCAA. But, maybe, some humility would stop some hating.
- February 09, 2007
Email ThisBlogThis!Share to TwitterShare to FacebookShare to Pinterest

One of the most competitive in basketball this year as well.

Meh... the english language is full of inconsistincies regarding the use of articles.

It really ticks off us computer geeks who want to attempt to make computers understand english.

You know what, you might be right. I think Ohio State became my most hated team in the Big Ten as soon their players started doing that.