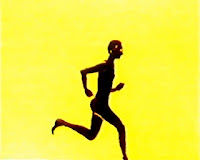 So, let's say someone in your office approaches you and says they're running a 5K for charity and are looking for financial donations.

You ask what the charity is.

"It's a charity that funds abortions for mothers who don't want the child."

Even if you don't think abortions should be illegal, paying for them yourself seems a little bit weird. And yet, Barack Obama recently said that he wants abortions to be federally funded with tax-payer dollars.

On the other side, if you think the current war in Iraq is abhorrent, is it moral for our current President to make you fund it?
- July 20, 2007
Email ThisBlogThis!Share to TwitterShare to FacebookShare to Pinterest

Interesting. Wars have always been funded by tax dollars, regardless of the viewpoints of the individuals who paid the taxes. Not just the President chose to enter the current war, but Congress as well, based upon what info they had and what they thought was best for the nation. We elected the representatives and gave them the authority to act on our behalf. So basically they, by proxy, agreed to the funding with tax dollars for us. I guess the reasoning behind the funding is that the nation enters a war, so the nation as a whole must fund it.

As for the funding abortion, the nation as a whole didn't get that girl/woman pregnant. From a completely economic standpoint (let's just shove aside all morality for the moment), it might make sense if it were to somehow benefit the nation as a whole. For example, the book Freakonomics makes the assertion that the drop in the crime rate that is often attributed to more cops, tougher enforcement, etc., is actually due to the Roe V. Wade decision, because it is the children who would have been more prone to commit crimes that were aborted. If economically, that benefit outweighed the cost of funding abortions with tax dollars, then it would be something to consider. However, I think we're entering the realm of WAY WAY WAY too much government involvement in individual's issues. Personal responsibility anyone?

kinda on the subject, but mostly not, i recently watched this documentary called "why we fight." it is an interesting take on current and past american war making in light of dwight d. eisenhower's fairwell address. i recommend it.

in response to the blog...

let's just not pay the percentage of our taxes the government uses to fund things we don't like.