A Victory's a Victory 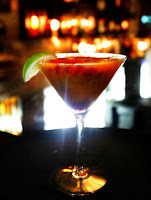 My friend recently went to New York on a business trip and was approached by a prostitute (higher-end) in a bar at a hotel he was staying at. He was telling me this story and I could tell that I wasn't giving him the reaction he was expecting, but I couldn't figure out what he was looking for. Then I realized, he wanted me to be impressed.

The moral of his story was, "I was approached by a woman who wanted to have sex with me."

Given the circumstances, in this case I would have thought the moral would have been "I was approached by a woman who thought I had enough money to afford her."