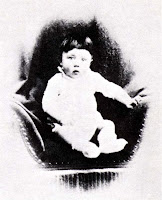 would it have been moral to go and remove Hitler from power?

In hindsight, does a pre-emptive effort seem moral?
- May 30, 2008
Email ThisBlogThis!Share to TwitterShare to FacebookShare to Pinterest

Yes. Also in hindsight - we should've developed and dropped the first atomic bomb sooner than we did.

That's just how crazy I am.

you didn't specify where...that could define your craziness.

I think you mean the bombing of Pearl Harbor, since D-Day was in June, 1944.

Not sure where you got those costs, but they seem off as of December 7, 1941. Are they adjusted for inflation?

see what happens when you leave for years at a time?? no one's here to fact-check my pre-coffee morning ramblings. thank you. problem corrected. yes, adjusted for inflation in terms of 1990 dollars. cite: Internets.

still curious for your answer, too.

congrats on the campaign so far, bro.