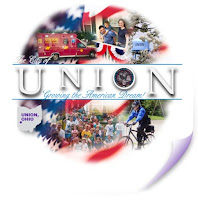 Unions are typically thought of as fighting for the rights of the little guy, right?

But, don't they often end up being privileged institutions instead?

For example, the benefits are better for those WITHIN the union. But, there's a limited membership, just by the nature of competition and the fact that unions raise benefits. So, the existence of the union actually increases the chance of a laborer NOT getting a job. That sounds more like the country club premise the union was built to suppress?
- June 30, 2008
Email ThisBlogThis!Share to TwitterShare to FacebookShare to Pinterest

Assuming you are correct and that the higher wages and benefits means that fewer people are employed, and in many cases you might be, how exactly do you create a balance. Theoretically (and I'm not saying this situation would necessarily happen), which is better, to have a small number of people destitute or an exponentially larger number of people poor?

are those my only options??

you can argue whether that's better or not.