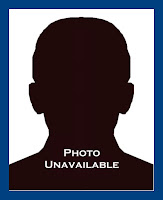 Do you think pedophiles are born that way?
- August 27, 2008
Email ThisBlogThis!Share to TwitterShare to FacebookShare to Pinterest

I've got a lot to say about this one - dating back to the initial post - but I'm not really sure where to begin :) The short answer to the question is "no." Of course, we'd have to approach it with the same understanding of what determines "rightness" to engage in truly fruitful dialogue. But moreover, we don't do the question justice if we fail to distinguish actions from non-actions. When you ask "does the excuse of being "natural" make something inherently "right"," is your "something" an action or a non-action (feeling)? In reference to an action I think we must gauge rightness in terms of the harm the action causes to others. The act of lying is wrong because it can harm others. Acts of pedophilia are wrong because they cause harm to children. To determine whether or not feelings are right or wrong we need a different set of gauges because as long as they remain feelings they cause no harm to others. One of many tools is to determine whether or not the feeling is natural.

Let's not talk so sensationally for a second. Let's talk about a grown man who is sexually attracted to a grown woman. How do we know if his sexual ACTIONS are right ("right" is going to remain messy if we don't use the same "rulebook," if you will)? We determine whether or not his actions harm the woman; if she fails to give consent to a sexual advancement then it is wrong and if she consents it is right. How do we know if his sexual FEELINGS are right? Again, we have numerous methods to gauge the rightness of his feelings, but a NATURAL desire - that is his being aroused without his own prompting when in the presence of this woman - is persuasive evidence that his feelings toward the woman are right.

The previous posts that conflate actions with feelings are not "good examples" but are rather quite poor. For example,

Surely the action of marriage is wrong because it harms the young girl, but that tells us nothing about the rightness of his feelings. While they are definitely not normal a question of wrong and right implies value that can only be assigned in the context of our faith, society and communities.

Also,
"it is just natural for me to like a women regardless of the age and want to have sex with her."

So is the question whether its "right" to have those thoughts or "right" to have sex with her or both? These questions are independent. While having having sex with her has great potential to cause harm to her if she does not consent or is underage, the sex has little to do with any natural desire you have. I'll let you determine whether or not a man naturally liking a woman is right.

It should be noted that folks often draw parallels between the scenarios here and arguments in support of rights for gays and lesbians (rights that have been grossly exaggerated on this blog - there is no federal law and few state laws that protect gays from employment and housing discrimination and federal hate crime law is silent on the issue). The main difference in the case of gays and lesbians is that gay and lesbian partnerships and gay and lesbian relationships (at least as often as straight ones) are between two consenting adults. So in contrast to the cases above, consensual (direct parallel to the straight guy above) gay and lesbian ACTION is right because it causes no harm to others. To judge the rightness of same-sex FEELINGS we use the naturalness of the feelings as a gauge. In this case an argument that same-sex desire is natural is compelling (substitute two grown men in example above).

And finally "giving away all of my money would be very unnatural, and yet, it is arguably a very good thing" doesn't speak to the question. Even if we did agree that natural makes right (or the converse) that does not mean we agree that unnatural makes wrong.

Wow. That was long. Blew my whole night on that!!!

I appreciate the time you spent, Chris. Lots of great thoughts.

What you're getting at is the exact point of this whole thought exercise?

Why do we think something's right? Is it because of popular consensus, because something is natural, or because of divine morality that makes it so?

Specifically, I was questioning the idea that if I have a natural impulse, it somehow makes it morally right.

"Again, we have numerous methods to gauge the rightness of his feelings, but a NATURAL desire - that is his being aroused without his own prompting when in the presence of this woman - is persuasive evidence that his feelings toward the woman are right."

Now, let's replace the woman with a 5-year old. Now, let's say this man becomes aroused without his own prompting when in the presence of this 5-year old. This is very difficult for me to accept that this is "right", despite the fact that this feeling is natural to him.

Have we even mentioned gay rights on this blog? I tried looking back, and couldn't find any.

Oh, just realized something else you were getting at.

The fact that the very idea of "consensual actions" in themselves are such that government legislation that opposes them is ridiculous.

sorry, i keep thinking. and realizing i'm not communicating well.

"And finally "giving away all of my money would be very unnatural, and yet, it is arguably a very good thing" doesn't speak to the question. Even if we did agree that natural makes right (or the converse) that does not mean we agree that unnatural makes wrong."

I understood the point you're trying to make. Where I fall is that if we are to judge the rightness of actions, I give an emphatic no to the question because of the potential of the natural action to harm others. If we are to judge the rightness of feelings, I'm not comfortable calling something wrong just because it seems weird, because I can't imagine it or because its not popular. The naturalness of the feeling is as about as good of evidence as any that the feelings are right. The natural feelings might not be normal, etc but that doesn't make the feelings in and of themselves morally wrong.

It seems like we agree about actions, but we disagree on the non-actions. Why's it important to determine the rightness of feelings anyway? Talk amongst yourselves...

The misleading gay rights stuff came in the flag burning post where the blog implied you can be arrested for burning a rainbow flag at a gay rights parade.