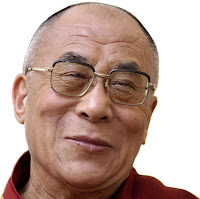 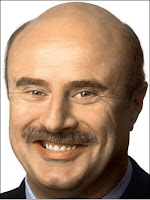 I just finished reading, "The Art of Happiness", by the Dalai Lama. It consisted of basic wisdom, and promoted methods for positive thinking. While I found this information to be extremely profitable, I also think that most of these ideas could be attained by watching a couple episodes of Dr. Phil.

Perhaps classifying Buddhism as a philosophy rather than a religion might be more appropriate?

Because the tenents presented aim to help people better live their lives. But, as far as answering the bigger questions that many people have, it doesn't seem like it tries. Which is fine. But, it's not apples to apples with Christianity, Judaism or Islam, which claim to explain the role and relationship between Creator and creation. Which if there is one, would heavily influence the Dalai Lama's philosophy.
- September 18, 2008
Email ThisBlogThis!Share to TwitterShare to FacebookShare to Pinterest