How to Believe: Part Four 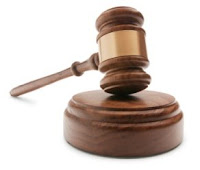 Taking our advice from last week, let's fast track this conversation to the big question here. Is there any evidence for the resurrection of Christ?

There are several stories of prominent atheists who had decided to get to the bottom of the issue for themselves, weighing all of the evidence and seeing where they came out. There are many who admit to coming to belief after their investigation. And I am sure that there are others who have not come to that conclusion. That's the thing about evidence. Unless you actually saw it take place, it can be easy to dismiss even the most overwhelming of it. And it's easy to make it point to wherever you want it to point. But, this should not stop our desire for objectivity.

Personally, I find the evidence mentioned in former atheist Lee Strobel's popular book, The Case for Christ overwhelming. I've also had friends who have read it and didn't find it convincing at all. But perhaps, if nothing else, the reasoning for their unbelief was forced to change. Getting us past the "I don't know and I'm ok with it" stage. Which is simply unacceptable.

Because if this event took place, it changes everything.
- January 15, 2009
Email ThisBlogThis!Share to TwitterShare to FacebookShare to Pinterest