How to Believe: Part Three 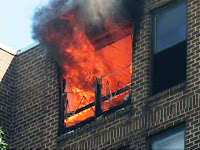 There are some philosophers who have come to belief after a personal discovery of what many call the "moral law." There is a story of one philosopher who came across this concept one day after someone stole his wallet. In the classroom, he claimed an earnest belief that there was no absolute right and wrong. Yet, even with this belief, he felt violated when he was robbed.

Why do we all have such a big overlapping view of good and bad if we are simply making it up ourselves? Despite subtle social and cultural differences, and the occasional oddity, most people around the world believe both that they ought to believe in a certain way, and also that they don't.

Now, this is not to be confused with mere instinct in which you choose actions due to self-preservation or for helping the herd. But, rather, when you are put in a situation in which helping the herd comes at the cost of your self-preservation, there is something above this level of instinct, willing you to choose the former.
- January 14, 2009
Email ThisBlogThis!Share to TwitterShare to FacebookShare to Pinterest