What Are We Doing Here? Part Five 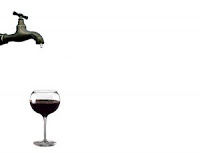 Over these two weeks, our hope is to overcome Sleigh Track Logic, sorting through all of the things that make sense, and determine what makes the most sense.

"I don't believe Noah could have built an ark the size of a football field."

"I don't believe that a man could get swallowed by a whale and survive."

These are just a couple of common hang-ups that people have with the stories recorded in the Bible. And while you can try to convince someone that if Noah worked really hard, or had his sons help, etc... maybe the person will be able to get over that hold up and move on to their next one.

But let's fast-track the conversation to the big one, no matter if you're asking the questions or trying to answer them. Christianity not only believes Noah built a giant ark, but that a man died, and after three days, came back to life. Now, that's ridiculous. But if you can convince me it's true, then, all of a sudden, miracles are possible. And the other hold-ups almost seem trivial by comparison.

Next week, we're going to talk about the different ways people come to faith.
- January 09, 2009
Email ThisBlogThis!Share to TwitterShare to FacebookShare to Pinterest