The Death of Greatest Hits Albums 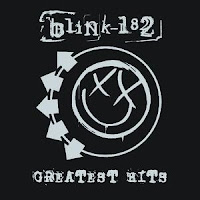 Shouldn't iTunes have killed these already? Oh, you released an album with your 12 most successful songs? Well, the problem is that in the digital world, I can already go and buy each of those songs individually off all of your old albums. All you have really done is released a free Mix-CD recommendation guide for us.

Now, I know what you're thinking. What about the one or two new songs they sneak on the album? Exactly. That brings up a great point. I think we're about to see a big swing towards the release of singles and things like 4-song EPs as well.

Because there's no real cost-benefit of creating a 12 song album anymore now that it costs a band virtually nothing to put new music on iTunes. We're about to get a lot more of it, in a lot of new forms...and no more greatest hits albums. Be excited.
- May 21, 2009
Email ThisBlogThis!Share to TwitterShare to FacebookShare to Pinterest

interesting analysis. free mix-cd suggestion---I like it. Die hard old school fans might buy it still. I remember when illegal downloading first went haywire, record labels had the ideas of selling shirts and concert tickets in bundles with "free albums" but I don't really see that happening anywhere.

get this--music downloading obviously took a big chunk out of how rich rock stars get...would janis joplin, jim morrison, or kurt cobain still be around had internet downloading of music been available and they not been so filthy rich, and actually had to work hard to make ends meet?

Other than that, they are, as you say, an obsolete concept in the iTunes era. Once a Christmas perennial along with box sets, they're now superfluous.

On the other hand, CD sound quality is still better than any iTunes download. Once they reach parity, the Greatest Hits album will truly be dead.

But for now, they still serve one valuable function that I can think of. Instead of buying everything a band's ever recorded, cash-strapped public libraries only need to buy the one album.

i'm not sure i'm following your theory, rob. are you suggesting that wealth or boredom leads to suicide?

brian, i think traditional recording contractual obligations are going to disappear, and bands are going to take it upon themselves to record and promote their music.

and even though i'm in love with my library, i hate that my tax dollars are paying for Blink 182's greatest hits.