Is All Faith Blind? 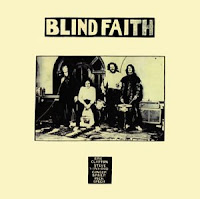 a quick continuation from our conversation before the break.


Our last commenter said, "I thought faith was belief WITHOUT evidence. I thought that was the point."


That's exactly what I'm arguing against.  I think the reason for this definition, particularly from those within the church, stems from a misunderstanding of the verse from Hebrews 11: 1, "Now faith is being sure of what we hope for and certain of what we do not see."


First of all, whenever you read the English word "faith" in the New Testament, the original greek word is a form of the word "pistos", which really means trust.


And by "what we do not see", I do not believe this means trust in the physically invisible, but trust in things that have simply not yet come to pass.

So, rather than confidence in a promise from one who has proven themselves trustworthy, that verse could become a full rationalization for believing in any claimed supreme being/tooth fairy. I don't believe in the resurrection because I would like to believe in the resurrection. I believe in it because I am convinced it occurred.
- February 01, 2010
Email ThisBlogThis!Share to TwitterShare to FacebookShare to Pinterest

we covered a week of this last january. here was the starting post.
http://www.allopinionsarenotequal.com/2009/01/how-to-believe-part-one.html

you can go back and follow the train of thought for that week if you want.

growing up, i had purely experiential evidence that convinced me that there was a God out there, that was good - mostly from astonishing "coincidences" that just didn't "feel" random to me.

my parents taught me that this sovereign God had a son named Jesus, in whom we can truly live as we we were created to.

As I grew into a skeptical adult, the evidence for the supernatural life and miraculous resurrection of this same man has convinced me.

I agree with you Eric. Christians are not asked to blindly believe that Jesus is God's son. Wasn't that the point of the miracles and the resurrection? To show humans that this guy really was who he said he was? If he was just a man who did nice things and promised to return from the dead but didn't, everything would have fallen apart. Christianity hinges on the resurrection and it's arguably the most important facet of the religion. I have started reading "The Case for Christ," which is written by a reporter who truly wanted to know the evidence for Jesus being the son of God. He asks religious scholars questions in an interrogation-like fashion and they are able to give satisfactory answers. Religion is meant to be questioned and studied and if we don't ask these hard questions, our depth of understanding never goes beyond that of a child (blind faith). If something is in fact true, then it should hold up to any line of questioning.

"case for christ" and "reason for god" are both excellent books in that accord.

yes, God doesn't require the brilliant people he created to give up all intellect and reason to believe in him. In fact, I would argue that it requires all we have to really understand.