We Can No Longer Choose to Do Nothing 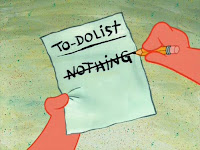 Here's the problem with this statement that's so recklessly thrown about in the political realm. The implication is that absolutely any policy created would be better than the status quo. That's simply untrue. There are millions of policies you could create for healthcare, global warming, taxation that would be much more universally destructive than our current ones.

Let's take global warming. If you follow this political issue, you would know that their are two majority schools of thought in the political realm. 1) Impose a $90/ton tax on carbon emissions. 2) Ignore the problem and hope it goes away. Now, we naturally assume this second group of people are idiots. But, that's also assuming that the $90/ton calculation is somehow appropriate.

The Copenhagen Consensus, which I cite often on this blog, because of their economic results-driven policies, claims that the best possible economic end-game would be to tax carbon emissions $0.50/ton today and increase this by 5% each year until 2090. They also claim that this is nearly the only way for regulation to produce a net gain in benefit.

So, if you're on the $90/ton bandwagon yelling at the opposition that doing nothing is not an option, it's simply not true. It is actually a better economic option than your proposal. It's simply not disguised as "progress."
- February 23, 2010
Email ThisBlogThis!Share to TwitterShare to FacebookShare to Pinterest