Something You May Not Know About the Bahamas 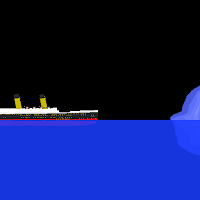 Earlier this year when we were on Grand Bahama Island, we took a tour to Gold Rock Beach, which was absolutely beautiful. Our tour guide spent some time telling us the history of the islands - from the original inhabitants, who were all wiped out by European imperialists, and the subsequent American and British fight over the land. Then after telling us how tourism is now their #1 industry by a long shot, someone asked what were their big industries were before tourism flourished in the 20th century.

Our guide then told us about how shallow the waters are around the islands, and then, with a little shame, told us how islanders would boat out to the trade waters and put out misleading markers that would steer boats into the reefs. Once capsized, the Bahamians would plunder the boats en route. This was a "legitimate" trade back in the day, in an industry called "Wrecking."

It's hard to fault their ingenuity.
- March 08, 2010
Email ThisBlogThis!Share to TwitterShare to FacebookShare to Pinterest

nice graphic. Did the Bahamians haul in icebergs from the arctic?

haha, i refuse to spend more 30 seconds looking for an image on google image and couldn't find a boat striking a reef.