Are Old Hymns Going to Die Off? 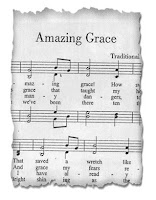 I recently had this argument with my parents. As a Christian musician, they can appreciate "what" I am doing, but don't really care for the music I make at all. Nor do they care for the music at any of the churches I've attended during my adult years.

And I can understand that. They want to sing songs they know. They haven't listened to new music in the last 30 years, and it's more fun being able to participate in a church gathering than just stand there.

But, they go beyond that. They publicly state their fear that my generation is going to get rid of all their "classics" in favor of crap.

Now, I would respect that opinion more if they actually kept up with music's evolution. But, they're not true music fans. And many of the "classic" songs they fear we're losing SHOULD be lost.

No one's getting rid of "Amazing Grace" or "How Deep the Father's Love For Us". Those are amazing, powerful songs that will always stand the test of time. The ones that aren't going to make it, probably shouldn't.
- June 04, 2010
Email ThisBlogThis!Share to TwitterShare to FacebookShare to Pinterest

Agreed. They need to give the contemporary music a chance. Most of those songs are based directly on Scripture, just like the oldies but goodies. Once they are familiar with the songs, they will enjoy them as much as the ones they already know. Buy them the Casting Crowns "Lifesong" CD. I bet they love it.