Talk Is Tough, But It's Gotta Be Done

We live in a world that is becoming more open, free and inclusive as the years go on. There are currently parts of the world that exist in the past, where time has seemingly stood still and men and women are not all equal to one another. However, for the most part in the developed world, we are becoming more even. There is one thing in the world that most people can agree on, and this is that some topics in life are still largely untouched and are taboo to talk about. We don’t openly speak about these topics, for fear of offending or causing upset to others. The problem with this, is that topics can never move on from being taboo if we’re silent about them, and so the catch-22 continues.
The fact that in 2017 there are still subjects we shy away from addressing shows that, as a society, we do still have an awfully long way to go! If you rewind time by 100 years, you’ll find a plethora of taboo topics that are now brought up in common conversation. Homosexuality, death, sexism, racism and gender norms are some of the topics that were once forbidden to be addressed in civilised conversation. Thankfully, in the last two decades we have become far more awake to these issues and we discuss them more. Of course, not everyone is going to have the same opinion on each topic out there; we’d be a pretty boring species if we all believed in the exact same way of living. If you’ve ever watched movies like this one, you’ll know what could happen in a society where we all think the same!
There are a lot of topics out there that we do still need to speak about, however, and that is exactly the point of this article. We need to break the silence and become comfortable with talking about the uncomfortable things in life. The generations that come behind us need to come into a world that is open to talking about the hard things – it makes it far easier to have a conversation with someone if you know you can be comfortable in what you’re talking about. We’ve put together some of the taboo topics that we still avoid in current society, and why we should be breaking down barriers and getting the real issues the awareness they deserve.

Image Source
Dying
Death is one of the biggest topics in the world to debate about, but it’s one that never gets spoken about enough. It’s a funny concept, given that one of the only things – aside from birth -  that is equal and guaranteed to every single human being on earth is death itself. It remains a topic of taboo, causing awkwardness, embarrassment and in some cases, denial.  As humans, we don’t like to talk about things that could potentially hurt feelings or upset, but the practicality behind it means that death is something that must be addressed before it happens and not afterward. Being practical about death means ensuring you live a life that keeps you secure; setting up a will, setting up life insurance, arranging obituaries and making a point to learn about Afterlife.co are all things that we should be doing before we die. No one wants to leave a mess behind for their family, and death can be messy. It’s emotional, upsetting and knowing how to grieve is often hard. The thing is, if we don’t discuss death with our loved ones, we can’t know how to gather our support systems that help us to cope. Open up about fears surrounding death, and you’ll find other people equally willing to discuss it, it’s just that no one wants to go first! Image Source
Disabilities
Generally, conversations that surround disabilities are about the inspiring subjects. We talk about which Paralympian is an inspiration to their generation. We talk about the person we know with a hidden illness who is soldiering on regardless. The rights surrounding disabilities, discussions about ableism and broaching the subject of accessibility – and the lack of it – are all topics that get touched upon but not discussed in depth. Those who are able talk about disability though they have no real idea about how to handle a disability and how to live with one. The trouble with disability being a taboo topic, is that no one knows how to bring it up or discuss it, meaning there is always going to be offence caused. Is it offensive to ask the reason a wheelchair is required? Probably, but learning about disability can only be done if questions are asked in the first place. For the good of those who deal with a disability – be it physical or a learning difficulty – we need to learn how to broach the topic in a way to help others understand. 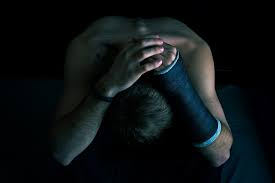 Image Source
Mental Health
It is only in recent years that society has moved from hiding away people with mental health issues and facing the topic itself head on. Mental health issues come in many forms, from depression, anxiety and eating disorders like anorexia, to ADHD, Asperger’s and Autism. We have only begun to scratch the surface of understanding how the human brain works, and it’s because of this that mental health is a topic to be reckoned with. The stigma that surrounds mental health issues is huge, and while we are thirty years ahead of an age we would employ electroconvulsive therapy for postnatal depression, we still do not discuss it. The main feeling with mental health issues is that they are to be shamed. We all want to be able to put on a front and show the world we can cope with whatever is thrown our way. When we cannot put on that front, we are supposed to stay hidden away and not show the world we aren’t dealing very well. It may be hard to talk about, but we need to so that we can better understand the issues. 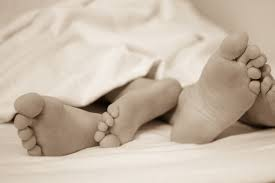 Image Source
Sex
It’s long been a topic of shame, but sex is still a highly taboo topic around the world. We publish magazines and posters with sexual content and we make new films that are increasingly racy, but when it comes to discussion, sex is off the table – so to speak. Teenagers are taught to avoid sex rather than teach them the consequences, and not just pregnancy and sexually transmitted diseases. No one wants to discuss the emotional consequences of sex and how such an act can affect your mental health. It’s the most natural thing in the world and without it, we wouldn’t be here. But we keep quiet and stoic about it, because it’s still viewed as a dirty topic. We need to break down that barrier and get comfortable talking about it – otherwise having children is going to be an issue! 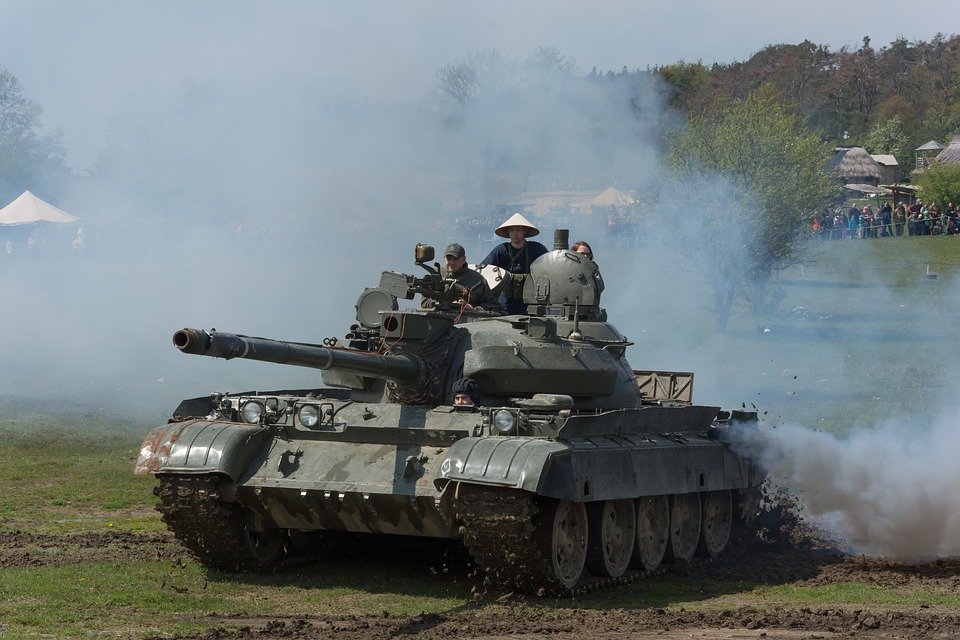 Image Source
War
Our world has been in a constant cycle of war for many years now. Countries are at each other’s throats over oil, land, gold and other issues but we often turn the other cheek and ignore it. The birth of the internet has meant that we are more in tune when the world is in conflict, as the news is given to us minute by minute. However, we support troops and cheer on our armies and commend bravery without thinking about the cost. The lives lost in war are often not the lives of the people that are being targeted, but innocent people that have nothing to do with the conflict itself and just happen to be collateral damage. We don’t discuss that part of the war, as generally it wouldn’t be in the agenda of those who fuel war. It would be nice to live in a society of total peace, but it’s not discussed enough from both sides to realise that we are all human and we can all live in one place without the fighting. 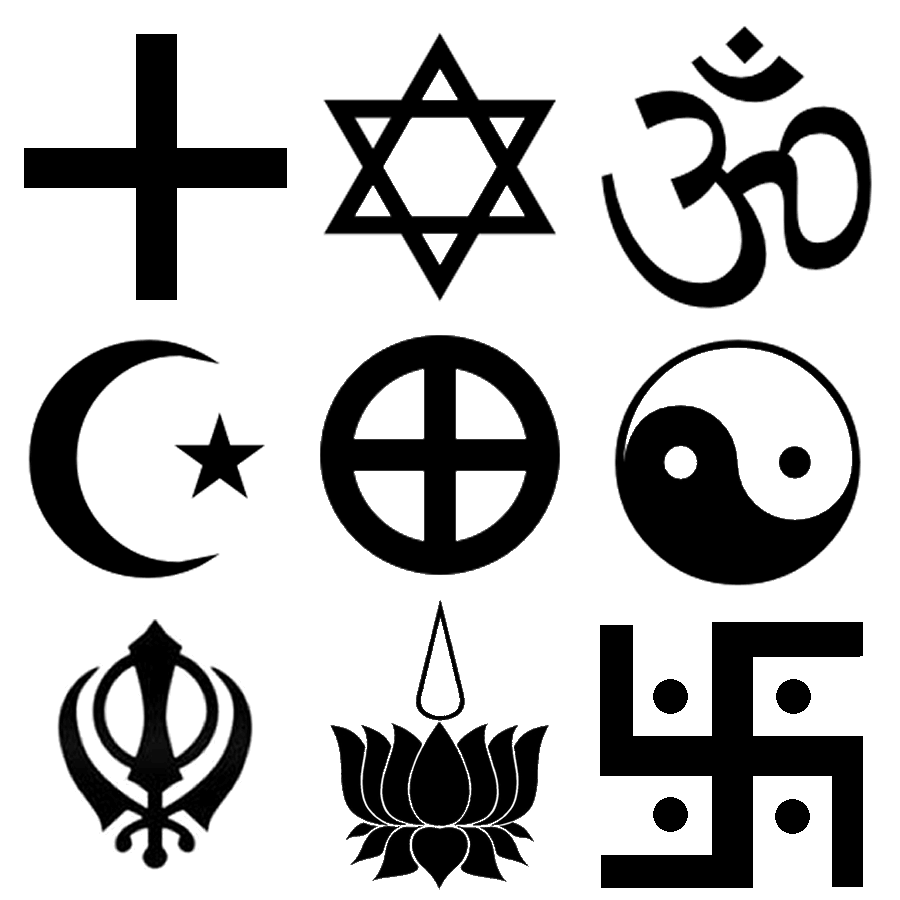 Image Source
Religion
One of the biggest topics of taboo is religion. There are many of them in the world and everyone believes theirs is the ‘correct’ one. Debates always end up heated when religion is involved, because the passion of belief is very strong. Learning about the religions of others is a good way to be open and accepting of other cultures and how things are done, but opinion and ego generally win the conversation instead.


Taboo topics can only stay taboo if people refuse to open their eyes, minds and mouths and discuss them. The world itself is a work in progress, with countries still developing and opinions still taking time to become current and equal. If we all made a point of opening our mouths about the tough topics, they would no longer be tough and the barriers that are always up can be broken down. Society as a whole would be far happier if they were brave enough to be open with each other, and if you believe that your opinion is all that counts it’s time to realise you can hold more than one opinion in your mind, even if you don’t agree with it. Be bold and break the silence – goodness knows we all need to.
- October 22, 2017
Email ThisBlogThis!Share to TwitterShare to FacebookShare to Pinterest